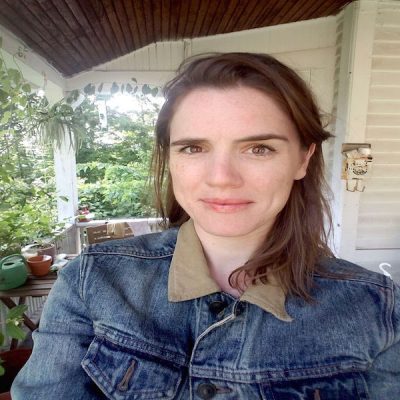 Katryn Evinson is a Ph.D. candidate in Latin American & Iberian Cultures concentrating on contemporary Spain. In her research she is drawn to debates centered on the histories of political interruption of capitalism. She studies how contemporary artistic production reimagines those very histories in order to consider the ways in which they contribute to define current ideas of radical politics.

Prior to coming to Columbia University, Katryn completed an MPhil in Romance Studies at Cornell University with a concentration in Spanish (2017); she holds an MA from Universitat Autònoma de Barcelona in Aesthetics and Contemporary Art Theory (2013) with a thesis titled “Failure as an Aporia: The Politics of a Disobedient Structure.” In 2009, she received a BA degree (Licenciatura) in Humanities with a concentration in Philosophy from Universitat Pompeu Fabra de Barcelona.

Katryn’s was the 2018-19 recipient of the Fisher Center Pre-doctoral Fellowship at Hobart & William Smith Colleges and the 2018-19 recipient of the Public Humanities Fellowship. She was appointed Graduate Research Teaching Fellow by Cornell University’s Center for Teaching Excellence (2016-17) and Mellon Urbanism Fellow for Expanded Practice Seminar from Mellon Foundation (2015-16).