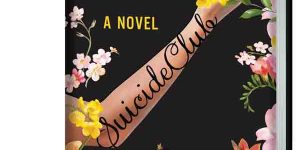 Launch of Rachel Heng’s Suicide Club: A Novel About Living

Join CC ’11 alum and ICLS major Rachel Heng at the launch of her debut novel Suicide Club: A Novel About Living, where she will be in conversation with Marisa Siegel, Editor-In-Chief of The Rumpus. Suicide Club is a literary dystopian novel set in near-future New York, where life expectancies average 300 years and the pursuit of immortality has become all-consuming. It was named a most anticipated book of 2018 by the Huffington Post, ELLE, The Independent, The Irish Times, NYLON, Tor.com and The Rumpus, and will be translated into 8 languages worldwide. Pre-order Suicide Club on Indiebound or Amazon and see more US tour dates here.