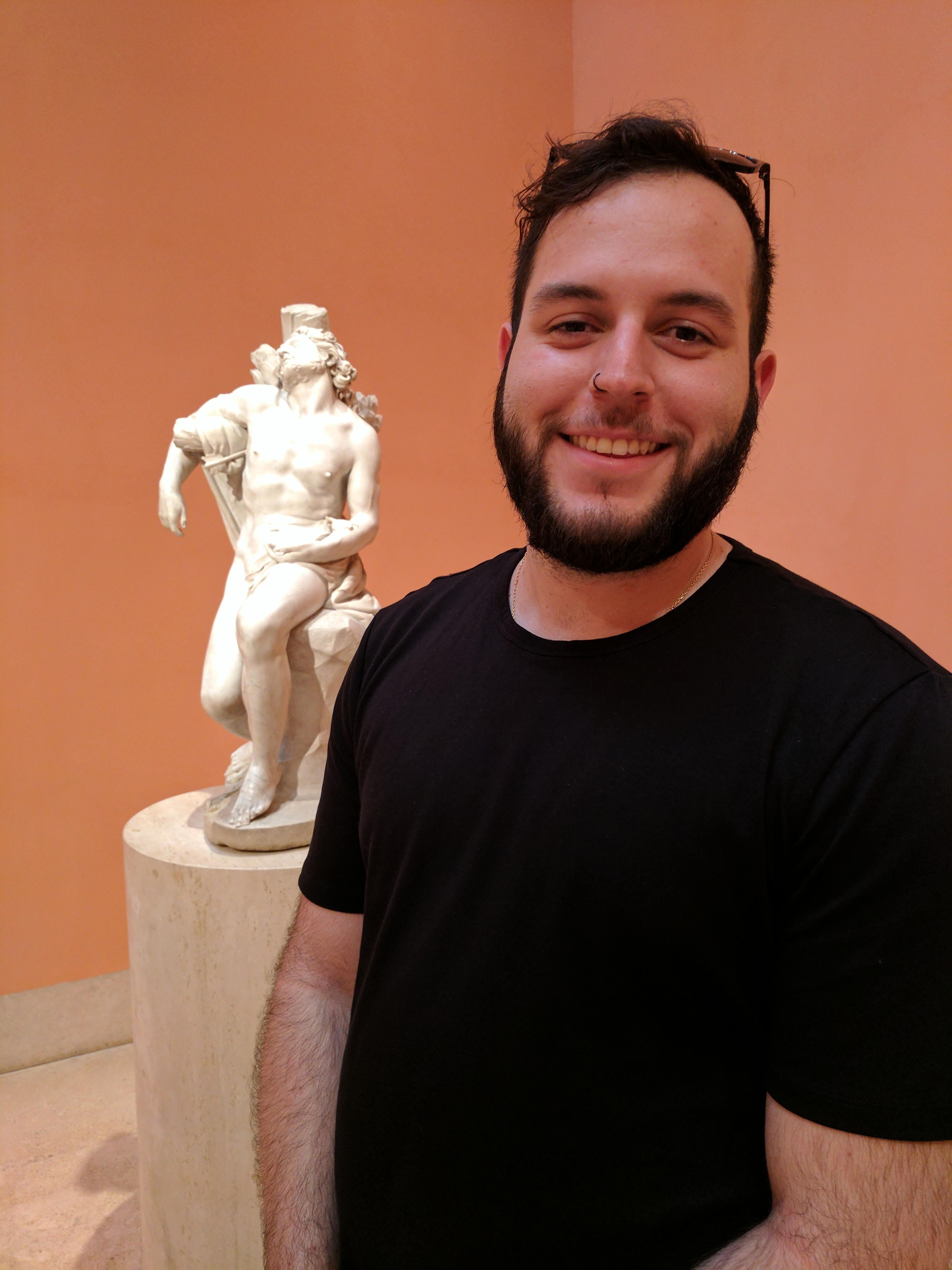 Daniel S. Sáenz is a Colombian-Canadian Settler, writer, art historian, and occasional independent curator based in Lenapehoking (New York City) and Tiohtiá:ke (Montréal). He is currently a Ph.D. student and Teaching Fellow in the Department of Latin American and Iberian Cultures at Columbia University, where he holds a Doctoral Fellowship from the Social Sciences and Humanities Research Council of Canada. Under the supervision of Professor Alessandra Russo, Daniel’s research focuses on three interrelated areas: the relationship between artistic theory and European imperial expansion in the sixteenth and seventeenth centuries; the visual culture of masculinities and dissident sexualities in the early modern circum-Atlantic world; and the history, theory, and practice of Christian art. Drawing from contextual and decolonial methodologies, Daniel’s work seeks to shed light on the role of travelling artists in the construction of artistic, religious, and gender discourses at the time of Iberian imperial expansion. Prior to joining Columbia, he conducted undergraduate and graduate work in religion and art history at Concordia University (BA ’16, MA ’18).