Spivak spoke out during a protest outside the UN General Assembly to demand the release of Bangladeshi photographer Shahidul Alam and make a public call for freedom of the press and protection of journalists in Bangladesh.  Alam was arrested on August 5 for “inciting violence by making provocative statements in the media” and has been held without bail since that time. 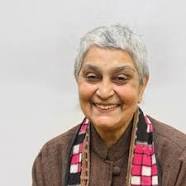