Professor of Modern Arab Studies Rashid Khalidi was interviewed for a piece in the National Herald of India on possible roles that India and China could play in the future of Palestine. Professor Khalidi discussed the possibility of India occupying a mediatorial position to help structure new negotiations between Israel and Palestine.

“Were India able to take a balanced position, it could play a role as a mediator, or as one of the architects of a new structure for negotiation between the two sides. This would replace the entirely discredited role of the US, Israel’s closest ally, a role which over many decades has served only to entrench further Israeli occupation, colonization and abuse of the Palestinian people,” Khalidi added.

You can read the interview here: https://www.nationalheraldindia.com/international/india-and-china-hold-the-key-to-palestine-says-historian-rashid-khalidi 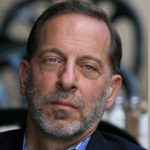