Rosalind Morris’s film, We are Zama Zama, has been named an official selection and finalist in the competition for ‘Best Feature Documentary’ at the Annual Copenhagen Film Festival. The film made its debut at the ENCOUNTERS International Documentary Film Festival in June. For more on the film, visit the website. 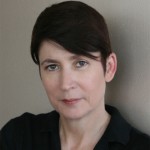