Marcus wrote a piece for the Princeton University Press blog on fame, celebrity, and Sarah Bernhardt, who successfully merged the two.

“One part Meryl Streep, one part Miley Cyrus, Bernhardt owed her enormous success both to her formidable acting talent and to the offstage publicity tactics that she devised to capture and hold the attention of the Parisian public. On the one hand, her flair for marketing made her a talented impresario. …  On the other hand, even as newspapers and magazines reported on Bernhardt’s exotic pets and outlandish dresses, they also hailed her as a genius, one of the world’s greatest artists.” 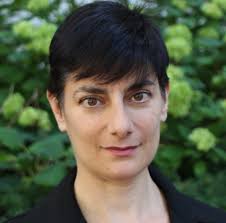