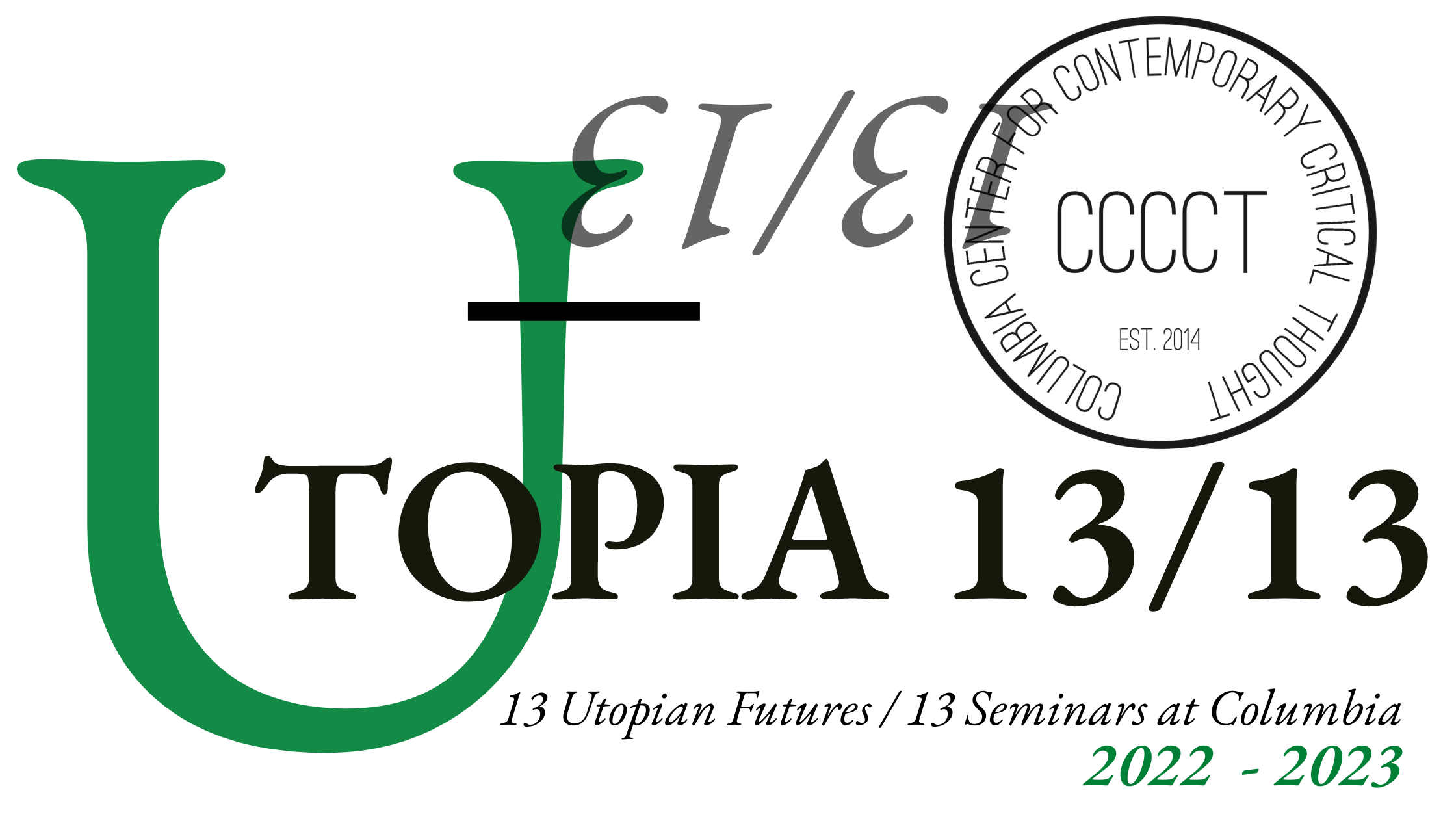 Utopia | 13/13 is a seminar series organized by Professor Bernard Harcourt, CCCT and ICLS

In his lecture, “Uncovering lines of escape: towards a concept of concrete utopia in the age of catastrophes,” the philosopher Étienne Balibar will touch on three dimensions of the urgency of rethinking concrete utopias in these times of crises: first, Balibar will discuss the dilemmas surrounding the concept of utopia and utopian thinking, without which there could be no “radical” politics, but at a time and in an age of at least two major catastrophes (the climate, and the digital); second, Balibar withexplore “real” or “concrete” utopias in light of the Foucauldian distinction between “utopias” and “heterotopias,” which could also be interpreted as a conversion of utopia into heterotopias; third, Balibar will then conclude on the transcendental problems of the different modalities of the “possible,” the “impossible,” the “necessary,” the “inevitable,” in their relationship to a concept of time (e.g. Bloch’s time of “not-yet”), as displaced by the questioning of “utopia” in today’s catastrophic circumstances.