Aging and Its Tropes Exhibition 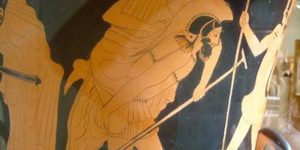 The Andrew W. Mellon Foundation
Consortium of Humanities Centers and Institutes
Heyman Center for the Humanities

This exhibit is the result of a number of discussions that we have been having as a team of the Aging and Its Tropes project, both with visual and conceptual artists and with colleagues in the Program for Narrative Medicine. The first discussions were had with the group of graduate students from the Anthropology Department at the New School for Social Research, first and foremost Mercedes Villalba and Felipe Meres, but also Paola Baruffaldi, Barkha Kalingwal, and Veronica Sousa, along with Christina Theocharaki-Miliou, who have also been working on expanding the aging project to a life beyond the two workshops.

Early discussions with Michael Friedman about the role that the arts play in the wellbeing of the aging population determined that we had to put such an exhibit together. Michael is exhibiting both as an aging artist and as an artist who occasionally works with aging people. His photographs show various stages of life, the surroundings of various lives, and the interconnectivities between life and what gives it meaning. Make sure that you read Michael’s own presentation of his work.

Adrián Viajero Román’s work on and with aging bodies was brought to my attention by Adriana Garriga-Lopez. The visual force of the work cried out, with its portrayal of aging Puerto Rican bodies up close and (almost) personal—its inclusion in this exhibit was obvious from the beginning.

Petros Gourgouris’s photographs of three aging persons at different places and different contexts, underlines the questions that surround aging as a problem of social justice. Aging bodies that appear decontextualized to a non-politicized gaze, reveal the force of the social when the details that surround them show the visual textures that determine them—a subway car that carries the tired body of a worker, the bar of a diner that sustains an old, tattooed female body, the smoke from a cigarette on the lips of a barely-standing man in Hong Kong.

Incorrigibles is a project on which Alison Cornyn has been working for some time and flows out of her work on and in the system of incarceration. Rather than centering on old age, Incorrigibles looks at the beginnings of incarceration and confinement of (primarily) African American young bodies considered unruly and savage, very much like Krista Bell Steward’s concern about analogous disciplines exacted upon Native American bodies, minds, and psyches (almost in the same decade). Alison centers on exacting details that show the origins of what would be aging African-American bodies, the techniques employed by power to safeguard a predetermined and clearly delineated process of being of age.

Women From Around Greece is a work by the late Katerina Hariati-Sismani who was interned from 1948 until 1952 at various prisons and concentration camps throughout Greece for her political positions. While imprisoned, exiled, and otherwise confined she continuously drew and sketched her fellow prisoners, women who had been sentenced to life imprisonment oftentimes because a male member of their families—a husband, a son, a father—might have been a fighter against the government forces during the Civil War, or they might have been picked up as a preventive measure because they had fought against the Nazis during WWII. As Katerina Stefatos explains in her note that accompanies the book, in 1976, as a celebration of the International Women’s Day, Hariati-Sismani collaborated with her son, Harilaos, in order to bring together in book form all her drawings and paintings of the women from around Greece whom she had known during her years of confinement. The collection shows Katerina’s fine technique in representing slices of that experience, not unlike (conceptually) to that of computerized tomography.

Alison and Petros prefer to show their work unframed. We used Petros’s old man smoking in Hong Kong on the cover of our workshop program in 2015 because Petros took that photograph during the CHCI/Mellon Medical Humanities conference in Hong Kong in 2014. To mark that, Petros gave us permission to frame it.

Krista Belle Steward, a multimedia artist and a member of the Upper Nicol Band of the Okanagan Nation, presents the prolix encounter of her mother, Seraphine, the first First Nation public health nurse in British Columbia, with the settler authorities. Seraphine: Her Own Story is a video collage that utilizes archival footage from Seraphine’s time as a boarding school student with footage from her deposition, as an elderly woman, to the Truth and Reconciliation Commission in Vancouver in 2013.

Frances Muntaner-Negron’s video Life Outside: Rosalie Comes Home is part of the Release Aging People in Prison campaign, supported by the Center for Justice at Columbia University. The film lays out questions that are rife with ethical, moral, and political tensions and looks at aging as a problem of and for social and criminal justice.