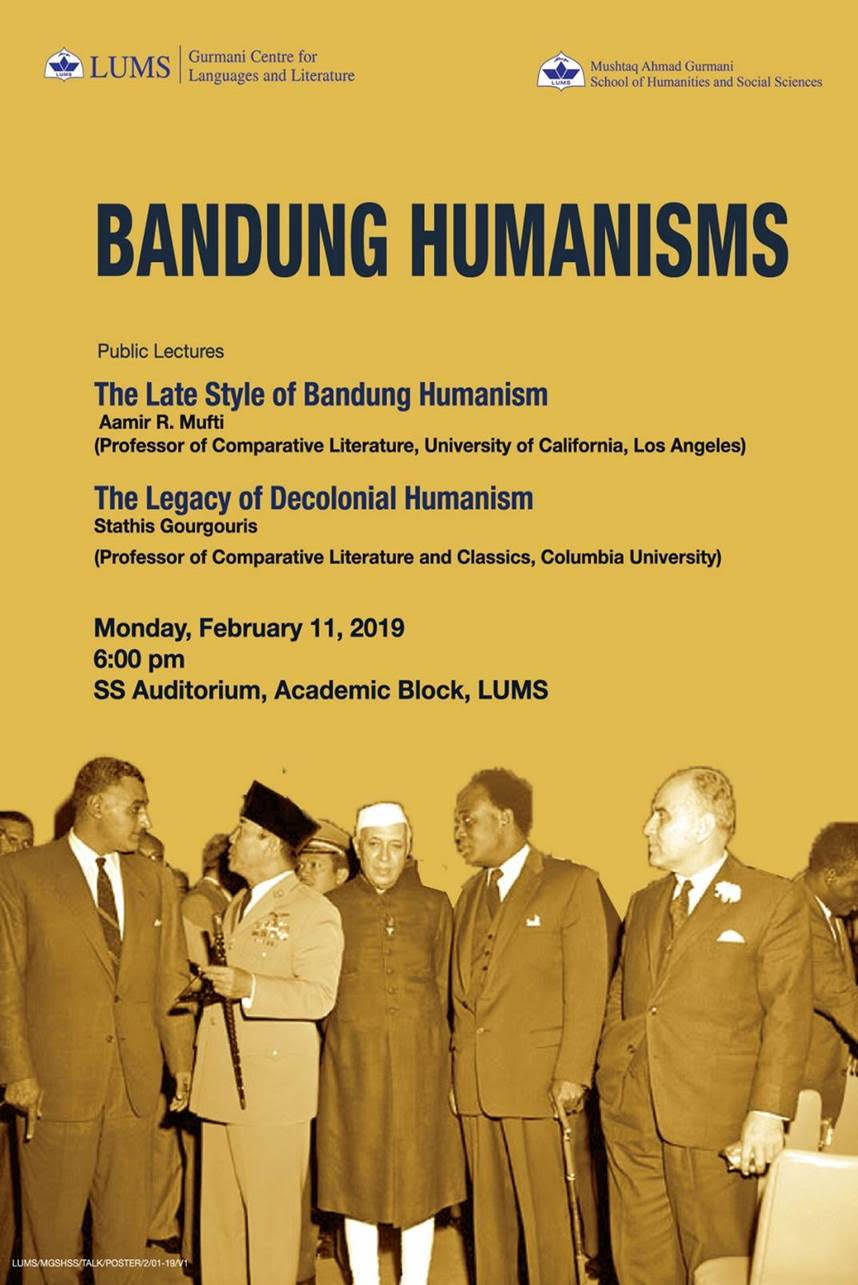 Institute for Comparative Literature and Society at Columbia

ndung Humanisms is a collaboration between the Institute for Comparative Literature and Society at Columbia and the Seminar in Global Critical Humanities at UCLA.  The inaugural workshop took place in 2014, launching a long-term collective project, whose events —public conferences, workshops, joint publications, pedagogical innovations — will take place not just at our institutions but in various sites outside the Euro-American sphere.

The first goal of this project is to revisit the lost legacy of Bandung: the vast global landscape of political, social and cultural thinking and creative elaboration that insisted on the possibility of a human becoming in the disaggregated struggles against imperialism and racism across the world, from Hanoi to Oakland. The point is not only to recover some of the constellations—journals, organizations, exhibitions, writers’ congresses, film festivals, inter-national collaborations—that characterized the institutional landscape of Bandung cultural politics, but to show how more recent and proximate constellations of thought are in fact unthinkable without it.

Bandung cultural politics enacted a humanism that was radical and guiltless over its call to combat the dehumanization of societies, since Bandung thinkers and activists felt no need to cultivate the “anti-humanist” tendencies of the contemporary European intelligentsia, which still holds radical thinking in a deadlock. This distinction marks our second impetus: to explore in what ways humanist thinking, unencumbered by ‘Western’ commands, can serve as a new cauldron of radical configurations of thought and action against the rampant dehumanization of societies by the economic and political forces of capitalism in its “globalization” phase.