Beyond Missionary Studies: New Approaches Toward Using Missionary Archives for the Study of Asia 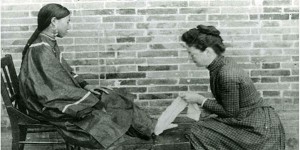 This conference brings together scholars working in history, literature, anthropology, art and cinema of East and South Asia to introduce new ways of using missionary archives, private and public. During the past decade missionary sources have increasingly been used for the study of wide-ranging topics in modern Asia beyond the history of missionaries as such, including nation-building, gender and family, the rise of public sentiments, language and literature reforms. Drawing upon visual and textual materials from China, Japan, Korea, India and Indonesia, the conference puts individual case studies across Asia in conversation in order to investigate the legacies of religious modernity.