Beyond the Hype: “Buddhism and Neuroscience” in a New Key 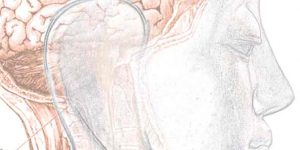 Institute for Religion, Culture, and Public Life, Asian and Middle Eastern Cultures at Barnard College, East Asian Languages and Cultures, Center for Science and Society, Neuroscience and History Workshop, Department of Religion, Heyman Center for the Humanities, the Italian Academy for Advanced Studies

Over the past three decades, since the creation of the Mind and Life Institute in the 80s under the auspices of the Dalai Lama and the neurobiologist Francisco Varela, a series of conferences have introduced the idea of a convergence between Buddhism and neuroscience. Neuroscientists have been particularly interested in the possible neural correlates of Buddhist meditation, and their experiments have contributed to the current popularity of Mindfulness and derived techniques, such as “Mindfulness-Based Stress Reduction.” Apart from meditation, a number of important issues, such as notions of self and non-self, or Buddhist ethics and neuroethics, have been discussed. Yet, because of the media attention and a desire to reach consensus, problems and disagreements between the two fields have sometimes been ignored or downplayed, and the conversation has been limited to certain forms of Buddhist thought and practice. The time has come to move “beyond the hype” and to engage in a broader and more critical discussion. With its strong programs in Neuroscience and Buddhist Studies, Columbia University is a natural venue for this conversation. This workshop would include scholars from both the scientific and the social science fields.

David Lewis (Researcher at The Center for Trauma and Contemplative Practice)

This conference is free and open to the public. No registration is required. Please note that the entrance to Deutsches Haus requires stairs. Please contact Disability Services if you will need assistance.

Linda Heuman, Visiting Scholar at Brown University, Department of Religious Studies: “The Importance of Keeping Differences in Sight in Buddhism’s Dialogue with Neuroscience, Mindfulness, and Modernity”

Bernard Faure, Kao Professor of Japanese Religions, Columbia University: “Should Buddhism Be Naturalized? A View from the Margins”

William S. Waldron, Professor of Religion and Chair of Department of Religion, Middlebury College: “Reflections on Indian Buddhist Thought and the Scientific Study of Meditation. Or: Why Scientists should Talk More with their Monks”

Marion Dapsance, Postdoctoral Fellow, Columbia University: “What It Means to be a ‘Scientific Monk’ ”