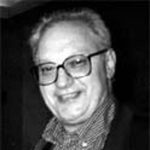 This event is presented by the Columbia Maison Française.

More information and RSVP
The first two volumes of Oeuvres complètes by French philosopher Etienne Balibar were recently published by La Découverte as Histoire interminable. D’un siècle l’autre. Ecrits I and Passions du concepts. Epistémologie, théologie et politique. Ecrits II. Etienne Balibar’s friends and colleagues at Columbia University, Souleymane Bachir Diagne, Emmanuelle Saada, and Bernard Harcourt, engage in a dialogue with him and reflect together on the importance and influence of his oeuvre, not only in philosophical thought, but in disciplines ranging from history to sociology to political science, and in public discourse. This first discussion will focus on Balibar’s writings, and will be followed by a second conversation on September 24.