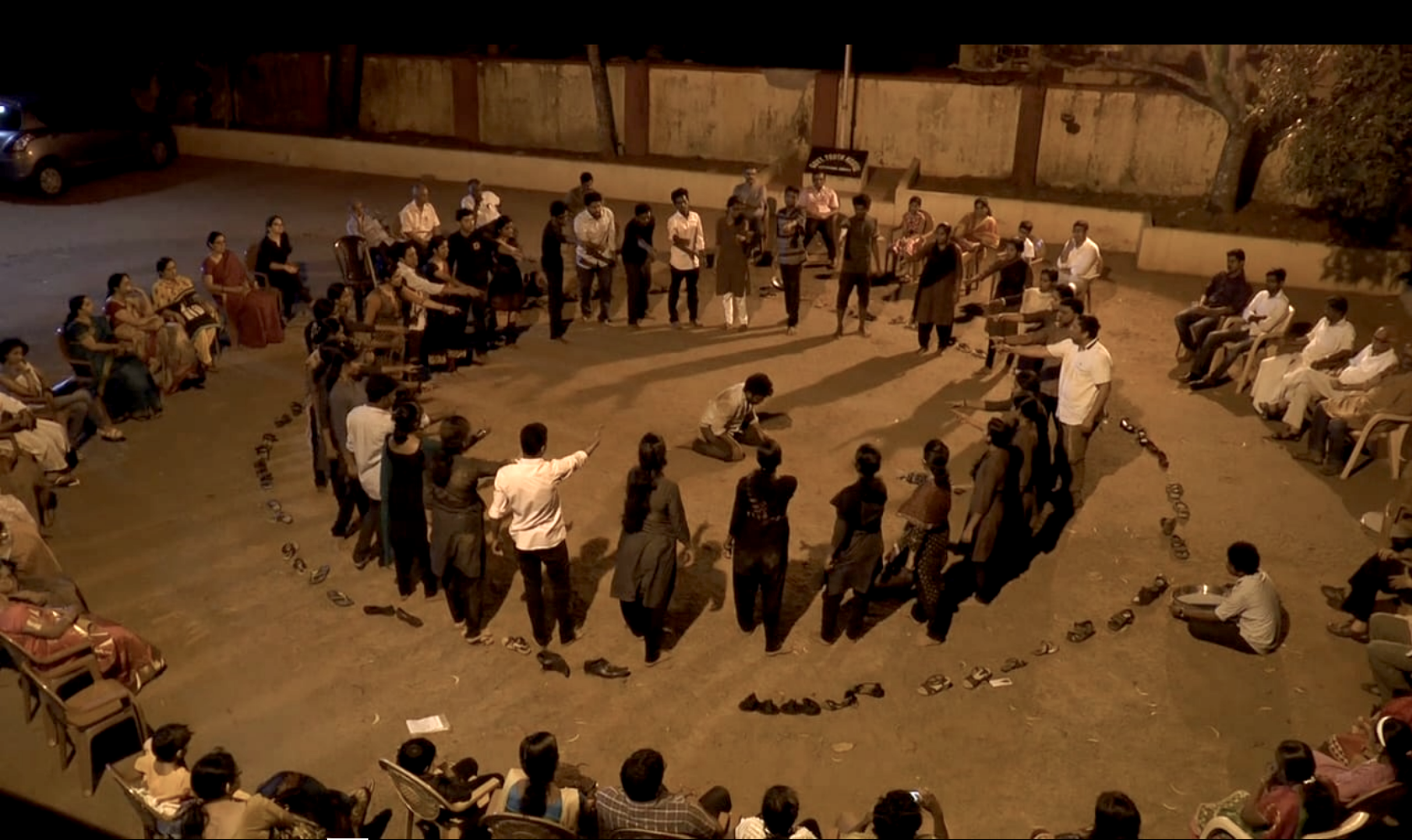 The South Asia Institute
Ambedkar Initiative at the Institute for Comparative Literature and Society
Office of the Provost, Barnard College
Office of the Deans of Arts and Sciences, Columbia University
MESAAS

In light of to COVID-19 concerns, this event has been cancelled.

On Thursday April 2, the film “Recasting Selves” [80 min, 2019] will be screened in the Heyman Center Common room followed by a discussion with the director, Lalit Vachani.

Synopsis:  Set at CREST (the Centre for Research and Education for Social Transformation) in Kozhikode, Kerala, the film documents the ‘soft skills’ training of Dalit and Adivasi post-graduate students in a sensitive and nurturing campus environment as preparation for their employment in the new Indian economy. As a progressive institution combating caste inequalities, CREST has trained over 1200 students and professionals from marginalized communities in Kerala.

But how politicized or politically aware is the ‘recast self’?  Filmed in February and April 2016 – a few months after Rohith Vemula’s suicide in Hyderabad, the students are initially forced to confront their own identity and a history of discrimination in the context of Vemula’s tragic death.  Matters come to a climax when the CREST students research and select the theme of the play at the end of semester. Will they choose to do a play that exposes caste discrimination around Rohith Vemula’s suicide? Or will they select one that expresses their fears about ‘Bengali’ migration to Kerala?  In this choice of play subject and its ensuing debate lie signs and markers about power, livelihood and identity politics, just as there is silence around issues of caste in Kerala.

Lalit Vachani is a documentary filmmaker, producer and video editor. He studied at St. Stephen’s College, Delhi University, and at the Annenberg School for Communication at the University of Pennsylvania in the US.  His documentary work includes The Starmaker (about the business of ‘starmaking’ in the Hindi film industry); The Boy in the Branch and The Men in the Tree (on the RSS and Hindu nationalism); The Play Goes On (about the left street theatre group, Jana Natya Manch); The Salt Stories (following the trail of Mahatma Gandhi’s salt march in Narendra Modi’s Gujarat); Tales from Napa (about a village that resisted Hindu fundamentalism during the 2002 Gujarat riots), An Ordinary Election (an in-depth study of an Indian election campaign) and Die letzten Tage (about the last days of a refugee center in Germany). Vachani teaches courses on media and politics, the political documentary and documentary film theory and production at the Centre for Modern Indian Studies (CeMIS) at the University of Göttingen, Germany.