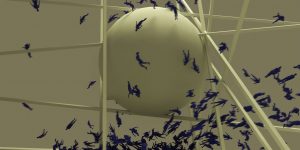 The Andrew W. Mellon Foundation
The Faculty of Arts and Sciences Office of the Executive Vice President
Office of the Dean of the Humanities
The Indigenous Peoples’ Rights Program at the Institute for the Study of Human Rights
The Society of Fellows and Heyman Center for the Humanities

The Institute for Comparative Literature and Society presents

A Faculty and Graduate Student Seminar in Global Language Justice

Mary Louise Pratt is a Silver Professor in the Department of Social and Cultural Analysis, and the Department of Iberian and Latin American Studies at New York University, where she is affiliated with the Center for Latin American and Caribbean Studies, and the Hemispheric Institute for Performance and Politics. From 1976- 2002 she taught at Stanford University, where she held the Olive H. Palmer Professorship of Humanities and received the Dean’s award for Distinguished Teaching and the Bing Distinguished Teaching Award. She has held fellowships from the Guggenheim Foundation, NEH, ACLA, Pew and Hewlett Foundations, and the Canada Council. In 1998-99 she was awarded a Cátedra Patrimonial (CONACYT, México) at CIESAS Guadalajara, and in 2000-01 was a fellow at the Center for Advanced Study in the Behavioral Sciences at Stanford University. She served on the Executive Council of the Modern Language Association from 1986-1990, and as its President and Vice President from 2001-2003. Her teaching areas include 19th and 20th century Latin American literature and thought; theory and critique of empire, colonialism, and neocolonialism; women and print culture in Latin America; Latin American cultural theory; globalization studies; language and geopolitics. Her research in the 1980s and 90s focused on the history of women’s writing in Latin America. From the late 90s on, she studied the neoliberal imagination and the modernity debates. She is currently working on a new book titled Planetary Longings: Cultural Imagination in the Age of Mobility Language and the New World Order.

Follow this link for the Readings for the seminar:

1) The Universal Declaration of Linguistic Rights adopted by PEN International in Barcelona in 1996.  Easy to find on Internet.

Seating and attendance is limited. Only Columbia University faculty and graduate students may attend. Please write icls@columbia.edu to apply.