Is Health a Human Right? The European Perspective by Panayotis Yatagantzidis 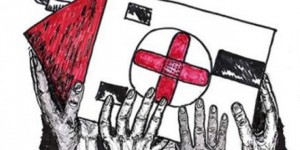 Institute for Comparative Literature and Society, the Heyman Center for the Humanities, and ISHR

A lecture by Mr. Panayotis Yatagantzidis

After a short introduction where Mr. Panayotis Yatagantzidis will present some tentative definitions of the concept of human rights as delineated in different schools of thought, he will move towards a constitutional cartography of the right to health in nations-members of the European Union. From within that perspective he will examine the international protection provided by the Treaty of the EU and the European Declaration of Human Rights and he will analyze the existing international legal discourse. He will locate the limits of protection provided by the existing legal framework in the EU, and with a commitment to the social welfare state and the principles of Democracy, he will arrive at a number of conclusions that will envelope within them the protection of health.

Mr Panayotis Yatagantzidis is an Attorney-at-Law before the Supreme Court of Greece (Areios Pagos), admitted to the Athens Bar Association in 1973. He graduated from Anatolia College (1966). He received his law degree from the National and Kapodistrian University of Athens (1971). He studied European Law at theUniversitéLibrede Bruxelles(ULB), (1976 – 1977) and completed practical training at the Legal Service of theEC(1977 – 1978). He joined the Institute of European Studies of the ULB as a researcher (1978-1981) and collaborated with the Centre of European and International Economic Law of Thessaloniki (1982-1983). He served as”Référendaire”at the General Court of the European Union (former Court of First Instance) between 1989 and 1994. He has served as Professor of European Law at the Greek National School of Public Administration (1986-1989) and at the National School of Judges (1999-2004). He has given numerous lectures on European Law, European Freedoms and Policies, as well as on International Law and Human Rights, addressed to academic, judicial and other public audiences in various European countries. Mr. Yatagantzidis is the head of the law office “P. Yatagantzidis & Associates” based in Athens, (Greece) and has defended an important number of cases before the Court of Justice of the European Union and the European Court of Human Rights.

Co-sponsored by the Institute for Comparative Literature and Society, the Heyman Center for the Humanities, and ISHR