Just an Illness: The Black Death, Without its Metaphors 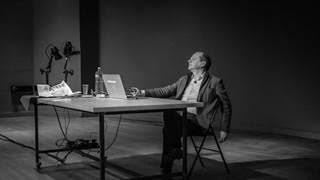 Talk in French by Patrick Boucheron with English text available

How do we tell the history of the Black Death today? A global history of humanity’s largest demographic catastrophe over the longue durée, from our present pandemic times? Drawing from his teachings at the Collège de France and his Theatre of the Plague production with the Théâtre National de Bretagne, acclaimed medievalist Patrick Boucheron reflects back on his long standing engagement with the plague and its contagious, overflowing metaphors.

Patrick Boucheron is a Professor and Chair of the History of Powers in Western Europe from the 7th to the 16th at Collège de France. He specializes in the Middle Ages, particularly in Italy. His work also concerns the writing of history and changes in the discipline. It was in this spirit that he wrote Histoire mondiale de la France (Seuil, 2017). Since 2017, he has partnered with the Théatre National de Bretagne (TNB) headed by actor and stage director Arthur Nauzyciel. For each program, he invites associates, academics, and artists to imagine and create with him a monthly gathering, “Rencontrer l’Histoire” (“A Rendez-vous with History”), based on the program’s themes or current affairs.