Language Technology for the World’s Languages 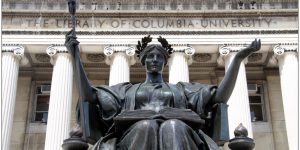 The Institute for Comparative Literature and Society presents

Language Technology for the World’s Languages

With thousands of languages, our world has a wealth of linguistic diversity. As more and more people around the world purchase smartphones and gain access to the internet, products like smartphone keyboards also need to support more languages, so people can use technology to communicate and find information in their own languages. We’ll talk about about the research and logistical challenges involved in building language technology across the world’s languages, looking specifically at Gboard, Google’s smartphone keyboard app, which now supports more than 600 language varieties. Gboard also includes Translate and Voice Dictation, both offered in over 100 language varieties, which will also be covered in this talk.