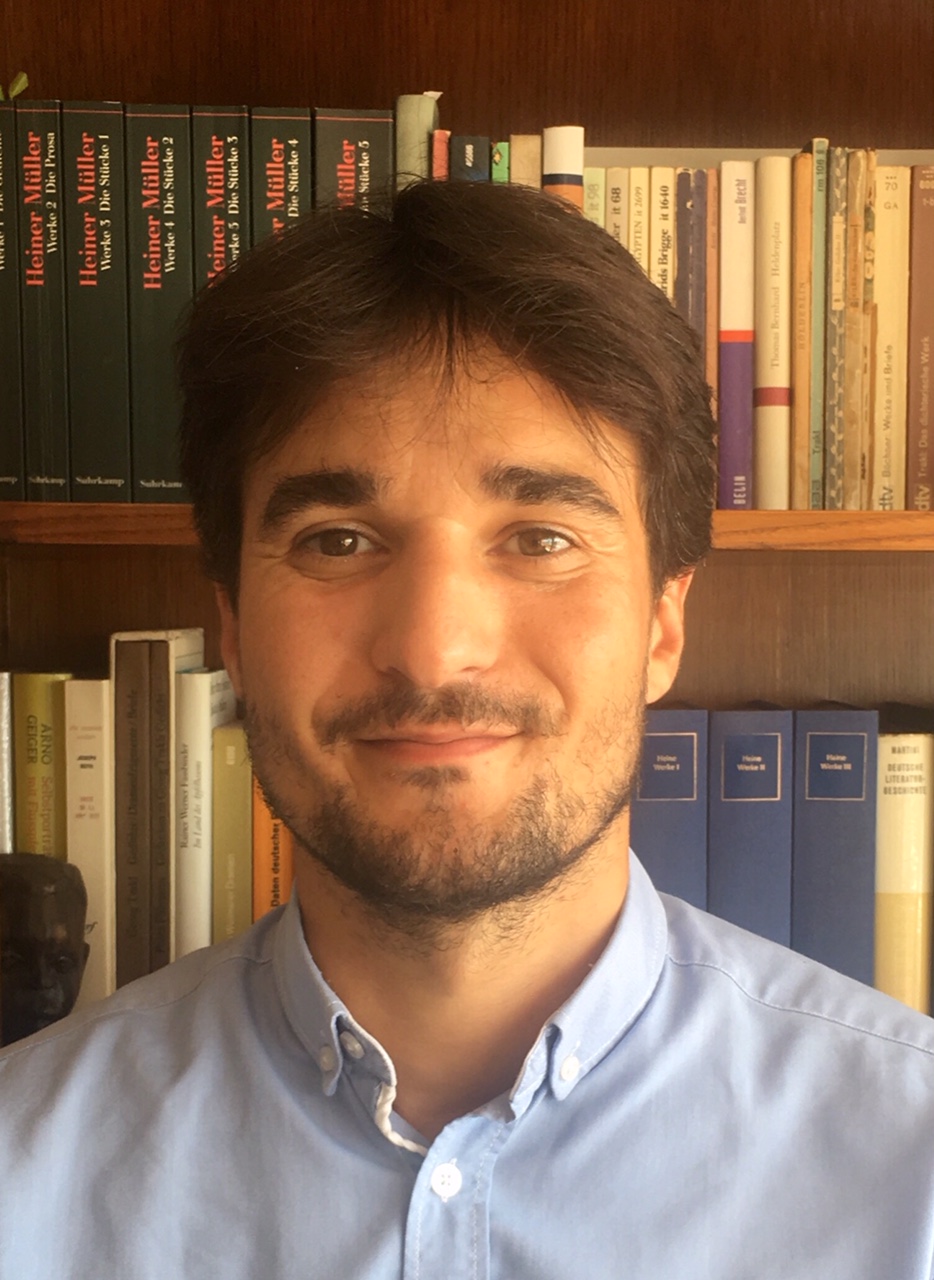 THIS EVENT HAS BEEN POSTPONED DUE TO UNIVERSITY CONCERNS REGARDING COVID-19. WE HOPE TO RESCHEDULE SOON.

This presentation will focus on two notable first-generation writers of the so-called ‘literature of migration’ in Germany and explore how they have each managed to carve out a particular space for themselves within the German literary field by using seemingly similar strategies. While the Syrian-born German author Rafik Schami (born in 1946) is a popular bestseller author who fashions himself as an oriental story-teller and has a pragmatic and psycho-cultural approach to literature, the Turkish-German writer Emine Sevgi Özdamar (also born in 1946) is a reputable, but less popular author who defines her authorship mostly through the lens of (Brechtian) theater and who is widely acclaimed among scholars working on transnational literature.

Following a concept coined by Swiss scholar Jerôme Meizoz, I will analyze from a socio-literary standpoint the various “authorial postures” that Rafik Schami and Emine Sevgi Özdamar each developed in order “to occupy in a singular manner a position in the literary field” (Meizoz). They both very consciously write for a German (or at least Western) audience and construct authorial postures that seem to both defy the rigidity of linguistic, national and cultural borders and situate their authorship in a position of being beyond or in-between them.

Paradoxically, it eventually becomes clear that despite their intercultural or transnational postures, Schami and Özdamar are still very much anchored in the German national literary field in which they prospered as authors. In fact, their voices have an ‘otherness’ that expresses itself through and within the German language and tradition.

By looking at both external and internal constitutive elements of their authorial postures (such as public epitexts, pseudonyms, book covers and titles, etc. for the former; intertextuality, self-fashioning in autofictional writing, etc. for the latter), I will show how Rafik Schami and Emine Sevgi Özdamar both became – at almost two opposite ends of the literary field – constitutive parts of the contemporary German literary landscape and thereby challenged, from within, the monolithic aspect of the German literary canon.

Benoît Ellerbach is currently a Visiting Scholar at ICLS . He is an Assistant Professor of German Studies at Boğaziçi University, Istanbul –Turkey. Before coming to Turkey, he held teaching positions at University of Cologne (Germany), at University Paris-Ouest Nanterre La Défense, at University of Artois and at Ecole Normale Supérieure – Rue d’Ulm (France). Benoît Ellerbach’s research and teaching interests focus on 19th , 20th and 21st century German literature and culture, German literature of migration, Gastarbeiterliteratur, (post-)orientalism and post-colonialism, authorship theories and narratology.