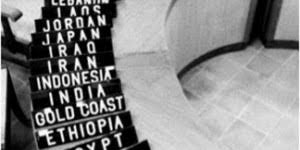 This week’s symposium and film screenings will revisit the lost legacy of Bandung and reflect on the future of our globalized world. Named after the Indonesian city which hosted the 1955 Congress of Afro-Asian Nations, the Bandung spirit embodies forms of internationalism and the desire for world peace that take as their starting point the life worlds of those peoples and societies forcibly placed on the margins of the dominant world economic and political system. This capstone symposium and the film screenings in Beijing are part of a multi-year initiative of collaborative research funded by the Center for the Study of Social Difference and organized by the Institute for Comparative Literature and Society at Columbia University and the Columbia Global Center in Beijing.

The symposium and film screenings are open to the public.