Toward A Weak Posthumanism with Christopher Peterson 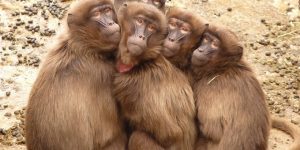 According to many scholars of the nonhuman turn, the scandal of theory lies in its failure to decenter the human. The real scandal, however, is that we keep trying. Do we not risk denying the human—or rather the persistence of its phantasm—in our enthusiasm to mark a decisive “turn” toward the nonhuman? Peterson argues that the nonhuman turn has too quickly bypassed the question of what we believe we can and do accomplish when we declare the demise of anthropocentrism. The displacement of the human is no doubt essential and urgent, but its decentering does not belong to the dialectic of success or failure, a teleology whose outcome would be either knowable or attainable. Its necessity is also its impossibility.