B. R. Ambedkar is arguably one of Columbia University’s most illustrious alumni, and a democratic thinker and constitutional lawyer who had enormous impact in shaping India, the world’s largest democracy. As is well known, Ambedkar came to Columbia University in July 1913 to start a doctoral program in Political Science. He graduated in 1915 with a Masters degree, and got his doctorate from Columbia in 1927 after having studied with some of the great figures of interwar American thought including John Dewey. Columbia University awarded Ambedkar with an honorary LL.D. in 1952.

ICLS is pleased to announce the Ambedkar Initiative, led by Professor Anupama Rao. The Ambedkar Initiative links Columbia University with the anti-caste legacy of B. R. Ambedkar and recognizes his continued relevance to discussions about social justice, affirmative action, and democratic thinking in a global frame. Our project is dedicated to:

*Exploring genealogies of radical democracy outside the North Atlantic

*Addressing the complex interrelationship of identity inequality in global frame

At present, this multi-pronged Initiative consists of the following scholarly and Public Humanities components:

1) The Annual Ambedkar Lectures supported by the EVP, Columbia; Provost, Barnard College; Dean of Humanities; Dean of Social Sciences; and various departments and units at Barnard and Columbia.

3) The course, “Columbia University and B. R. Ambedkar,”which draws on relevant holdings at the RBML, [Rare Books and Manuscript Library] and which is being developed with the support of RBML librarian Thai Jones, and student researchers.

5) Development of Ambedkar Research Fellowships to enable scholars to conduct brief spells of library research at Columbia University and in the broader New York city area. (in progress)

Our student podcast can be listened to here.

Read the Borderlines article, “Dalit is the New Political and Epistemic Horizon: An Interview with Suraj Yengde,” from November 23, 2020. 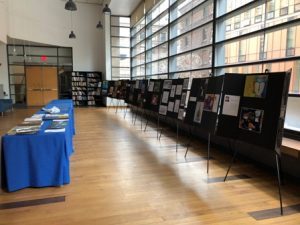